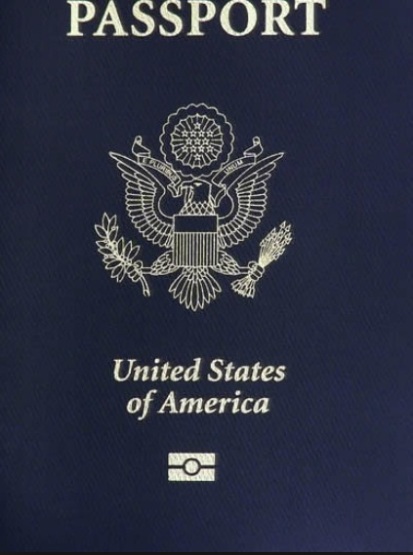 Among a slew of others, one of my favorite bad habits is something that has come to be known around here as “faxing your passport.”  I’m one of the least “handy” people you’ll meet, which is odd because my dad and my step-dad are both ridiculously handy.

When I was maybe 12, my father one day decided he wanted to build a deck with a sliding glass door off off of our then-deck-less and sliding glass door-less summer camp.  He decided this with seeming spontaneity, while standing in front of a blank wall.  Within a minute or two, he’d jacked the chainsaw to life and carved a man-sized, square hole in the wall.  I can still recall the sweet smell of the saw’s fifty-to-one oil and gas fuel mix.  Over the next few weeks he built the deck.  More or less on his own, as I recall.

I could never do that.

My step-father, for his part, has crafted room-sized gazebos, legit pieces of furniture.  He’s like the Edward Scissorhands of woodworking.  Amazing.

I could never do that, either.

My creativity in this area, if I have any, lies in conjuring up and executing Homo Habilis solutions to urgent situations.  By that I mean caveman-like solutions.  MacGyver with his IQ cut in half.  In modern times, it turns out that this particular kind of Savant Syndrome is prettied up with the name, “Life Hacking.”  That sounds and looks better than my caveman, but the caveman is mine, so I’ll keep it.

The memory of the first one is hazy, but I’ll give it a shot:  About 20 years ago, my wife and I sat in the rear of a musty taxi, en route to one airport or another.  Maybe Boston.  Maybe Syracuse.  And she might not have been my wife yet.  Regardless, one of us had forgotten to bring our driver’s license along for the ride.  Rather than turn the taxi around to retrieve the ID, I convinced myself that the gate agent would gladly accept a substitute:  A faxed copy of the license.  We didn’t need to waste valuable time careening through the streets back from whence we had come; we needed to find a friend to break into the apartment, grab the license, and fax a copy of it to me at a number to be determined, at the airport.  The number would be need-to-know for said friend, just get the license, get thee to a neighborhood fax machine place, and stand by for further instruction.  Brilliant, right?

Um, no.  But this was the genesis of the “fax your passport” phenomenon, at least as best as I can recall.

More recently, my business partner and I were producing an America’s Cup event on board a World War II Liberty Ship here in San Francisco. (I know this sounds completely out of the blue and odd, but it’s true.  More on work-stuff in later blog posts.  So for now, just go with it.)  We had a skeleton crew of our own staff and ship volunteers, and we were expecting a few hundred ticket-holding guests within a matter of minutes. We were stretched thin, chief cook and bottle washer-style.  The ship sits about thirty feet higher than the pier, or “apron,” that runs alongside.  Many many trips up and down the rickety gangway were made.

Those trips could be time-consuming, particularly if the one-way gangway was trying to accommodate two-way traffic.  My partner was up top, I was down on the apron.  Far enough away that shouting was required to communicate.  He needed a half-dozen plastic zip ties ASAP, in order to secure a decorative red, white and blue bunting to the side of the ship.  No time to waste, and the gangway was packed with harried folks in a rush.  I looked down at the zip ties in my hand, then thought of the Granny Smith I had just sunk my teeth into.  I plucked the apple from my mouth, stuck the zip ties into it like a pin cushion (or voodoo doll, if you want to get a little weird), then hurled my little caveman solution up to my partner.  Good throw, good catch, problem solved.  Caveman-style.  Fax your passport-style.

This blog format prevents me from regaling you with dozens of other examples.  Plus, I actually can’t remember many more of them.  Oh, there was one where I hoisted a bed frame up three floors to the rooftop deck of my North End apartment in Boston.  With a rope just like the one you climbed in grade school gym class 35 years ago.  Pulling the frame up from the street maybe 40 feet below.  In the middle of winter.  I would get the frame almost all the way up, and my forearms would completely fatigue, fat with blood like a rock climber’s. I wrapped the fibrous brown rope a couple loops around the rickety deck posts, then paced around the snow-covered deck, opening and closing my fingers in rapid succession to regain feeling.  At one point, the poorly-tied loops gave way while I was pacing in circles like Bluto in full-tantrom. I heard a “FZZZZZZZZZZZ” as the heavy frame went weightless and the rope rubbed wood, then a “CRAAAAACK” when the frame found ground.

I was afraid to peer over the ledge.  Someone would surely be pinned underneath, squashed like a cricket, arms and legs akimbo, poking out from underneath.  Or at minimum, the bed frame would be wedged in the front seat of someone’s DeVille, windshield smashed to bits.  And most likely, said DeVille was the prize possession of one or another of the mobsters or quasi-mobsters who still populated the North End.

Miraculously, no one was killed and no DeVille’s were devalued.

I resumed, from the beginning.  But the frame kept getting stuck on the “lip” or overhang of the roof, and I just could not maneuver past that.  Enter the passport-faxing.  I re-tied the rope (better, this time), found a broom handle, then positioned the broom handle with my foot so that the rope would drape over the end of the broom handle, giving me a better angle to get the bed frame past the overhang.  Ridiculous, right?  Well it worked.  Caveman-style.  Fax your passport-style.

There was another time, involving the same apartment and an over-sized couch.  Again it was winter time with the requisite, non-cooperative snowbanks.  I had to get the big couch into the tiny apartment, and the only viable point of entry was an alleyway window on the 3rd floor, far smaller than the one my father had chainsawed.  Didn’t have a tape measure handy, so I used my scarf.  Measuring the couch’s width with wool pulled taught between my fists on the street, then running up 3 flights of stairs, fists still clenched, then fists and scarf pushed up to the postage-stamp sized window.  A perfect match!  I’ll spare you the gory details, but that gym class rope was involved, as was a rusty pulley the size of a steering wheel, and a couple barely-willing buddies to help me with the faxing.  One of the buddies nearly lost his head, literally, as I pulled on the rope from the alley below with too much force, dislodging the pulley from the roof, falling in the direction of his head poked out of the window.  I yelled “get back!” just in time to avoid my buddy’s head being plunked from the steel pulley now loose and free-falling towards the alley.  It bounced about ten feet in the air, by the way, which was weird.

Which reminds me:  To the best of my knowledge, no one has been hurt by any of this passport-faxing.  At least not physically.  At least not yet.  But tomorrow is another day.