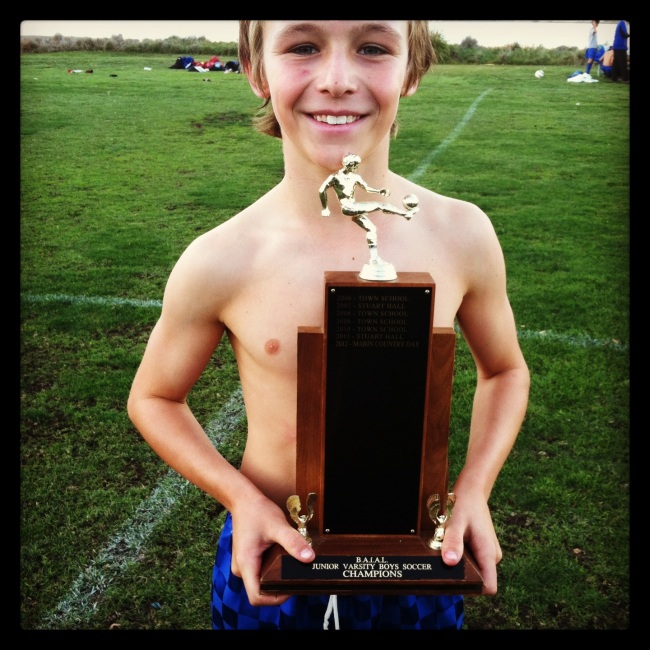 A cartoon dog made me cry the other day.  A white, bespectacled, red bowtie-wearing beagle.  Yes, Mr. Peabody and Sherman brought me to tears.  On more than one occasion over the course of 90 minutes, no less. You got me again, Dreamworks, curse you!

Or rather, thank you.

During one particularly moving scene, the filmmakers did a masterful job of reminding dads how amazing it is to be a dad, and how quickly these early years will be gone.  A montage of moments between father and young son, combined with John Lennon’s “Beautiful Boy (Darling Boy).”  I hung on every lyric, some of which I’ve pasted below —

Close your eyes
Have no fear
The monster’s gone
He’s on the run and your daddy’s here
Out on the ocean sailing away
I can hardly wait
To see you come of age
But I guess we’ll both just have to be patient
‘Cause it’s a long way to go
A hard row to hoe
Yes it’s a long way to go
But in the meantime
Before you cross the street
Take my hand
Life is what happens to you
While you’re busy making other plans
Beautiful, beautiful, beautiful
Beautiful boy

Heavy.
And totally unexpected.  I was conscripted to accompany our 8 year-old, Everett, to this Sunday matinee.  I’m afraid of these, ever since having to suffer through that horrendous Yogi Bear movie a few years back.  But I made the best of it.  Ev and I walked up to the theater in sunshine, grabbed a bag of too much popcorn and even, gasp, a Cherry Coke, and settled in.  Sounds good!
But out came my iPhone, distracting me with the details of the rest of the day:  Ensuring that Hilary and Max had managed to get to his travel baseball team practice in Marin on time, that they were on track for a travel lacrosse game farther north in Marin a bit later, that I was on top of all the pieces associated with coaching Ev’s Little League game later that afternoon, etc.
Life is what happens to you when you’re busy making other plans.
Fortunately, the cartoon dog sucked me in quickly. The “Beautiful Boy” sequence and the too-close-for-comfort lyrics really hit home and stirred my emotions.
Everett is still young enough to accept my offer to hold hands walking down Chestnut Street, only vaguely aware that I am trying to protect him from the rush of strollers, big adults, and wandering retrievers.
Before you cross the street, take my hand.
Still young enough to sheepishly ask–but still ask–for a light to be turned on in his room at the rear of our flat, when returning home on a dark night.  He wouldn’t admit to a concern about monsters in his closet, but then again, he doesn’t have to.  I have his back.
The monster is gone, he’s on the run, and your daddy’s here.
One of my favorite spots on the planet is to be straddling my surfboard alongside my older son, Max, straddling his, in the channel at a place called Bolinas.  Some days we’ll catch a dozen waves.  Maybe even the same wave at the same time, smile muscles cramping from grinning so huge while locking eyes riding this thing together.  Other days we’ve caught nothing; usually the result of my misreading the tide charts.  On either of those kinds of days, I always, always make a point of saying to him, “What’s better than this?!?”
Bolinas is also the place where Max learned to surf when he was 8 years old (same age as Everett now).  I still recall with crystal clarity his first wave, way the hell out there, barely visible even with the zoom on my little digital camera. People say you never forget your first wave.  That’s true, but experiencing your child’s first wave makes an even deeper impression.
Out on the ocean, sailing away, I can hardly wait to see you come of age.

It’s the coming of age part that gives me pause.  Things are moving too quickly.  My chest hurts a little when I realize that Max and Ev will share just one more school year together, then never in the same school again.  My breathing catches when I count the number of years before Max leaves for college.  On the fingers of one hand now.  And I know that I should expect the next few years to be challenging, perhaps very difficult at times.

I know, too, that things could even go completely off the rails.

My friend David Sheff wrote an outstanding book a few years back in which he chronicled the life of his son’s life-and-death struggles with addiction.  A bright, engaging, talented son David loves as deeply as I am in love with my own sons.  And David’s desk is no doubt littered with photos of his son Nic, that look just like the photo of my son Max at the top of this blog post.  Interestingly enough, if I remember correctly, David may have been the first to suggest that I bring Max to Bolinas.  David’s book fondly recalls his bliss watching his own son among the waves there.  I’ve experienced the same with my son.  Even more interesting is the fact that David’s book is entitled Beautiful Boy.  And it is linked forever to Jon Lennon, since David was the last journalist to conduct a major interview with Lennon before the latter’s death.

I don’t know what the future holds for my sons.  But strangely I now feel ready, or at least more ready after seeing the movie.

I’ve read David’s book.  I’ve probably heard the song before.  And I’ve chatted and emailed with David plenty.  But it took a talking beagle to re-introduce “Beautiful Boy” to me at exactly the right moment in my life and in the lives of my boys.  My own beautiful, beautiful, beautiful boys.