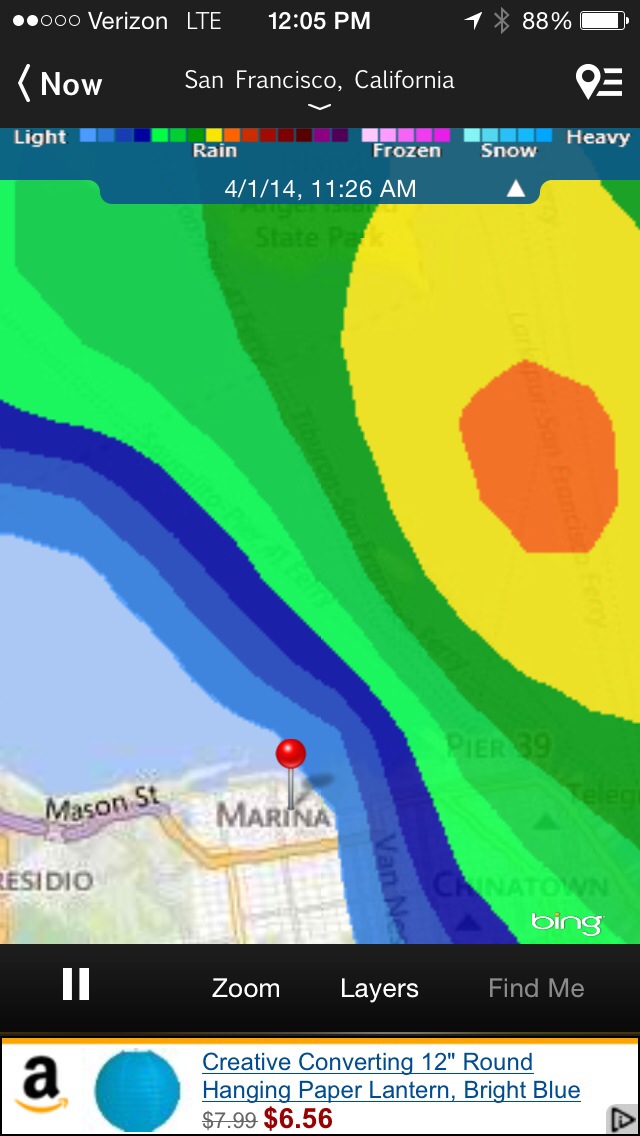 Turns out that orange radar blurb marks a very cool spot to swim in the Bay. Most interesting swim I can recall in a long time. We didn’t draw it up that way, and that’s probably perfect.

First thing we noticed was legitimately crashing surf onto the beach at Crissy. The surf never crashes at Crissy. In fact, no one would ever refer to the beach conditions in this particular spot as “surf” at all, for that matter. The beach at Crissy looked very much like Baker Beach. No one swims at Baker Beach. There is a reason for that. Baker Beach is better known for pulling people and pets out to sea with its strong rip currents. Not a good spot for a swim.

So for Crissy to look like Baker Beach — that was the first indication of some odd juju.

The second indicator was the swell energy in the water further out, more like the heaving seas of the open ocean. The rolling waves would gurgle to a peak, even, in certain spots. Like when they pushed up against that cement channel marker about 150 yards off the beach. Waves are not supposed to break there, ever. There shouldn’t even be ribs of swell rolling through this far into the Bay. Fort Point? Absolutely. Off the Warming Hut? Once in a blue moon. Off the beach at Crissy? Never.

Fortunately, the Bay’s frigid winter temperatures are in the rear view mirror now, replaced by 57s, 58s, and 59s. If this were January, I’d like to think we wouldn’t venture out into conditions like today’s. A little extra time than planned in 48-degree water is not something to be trifled with; the difference between “my toes are cold” and “look at that beautiful mermaid, she’s beckoning me, I’m going to go with her and we will make a life together!” So it’s good that cold water wasn’t really a factor today.

But rapidly changing and extreme weather conditions were definitely at play.

The shallower spots on the Bay floor pushed the swell up and rolled us around a bit. Maybe a bit like swimming in a big washing machine. Probably nauseating if we weren’t somewhat accustomed to the sensation. The sudden and dramatic darkening of the skies overhead, followed by pelting rain — pretty awesome display of nature.

At one point I held up the palm of my hand above the water, convinced I would feel the sting of hailstones. My hands were numb, as is usually the case, so I couldn’t distinguish between hard rain and hail anyhow. But the notion of swimming in the Bay — probably the only 2 people swimming in the Bay at that moment, judging by the Coast Guard helicopter hovering curiously nearby — hailstones splashing into the Bay all around us? Surreal.

We didn’t want to get out of the water. The land could offer nothing even remotely close to what San Francisco Bay had just unexpectedly delivered up. Reluctantly, we stumbled back onto the beach, presumably looking like Creatures of the Black Lagoon to the couple dogs that “greeted” us at the water’s edge. A dog bite would have taken the swim in a different karmic direction altogether.

I grabbed one last photo of the stormy skies as they rolled on down the Bay, passing over Alcatraz now (posted below).

I haven’t had a swim like this in the 15 years we’ve lived here; and it’s possible I won’t ever again. I suppose that’s part of the reason I can’t stop thinking about it. 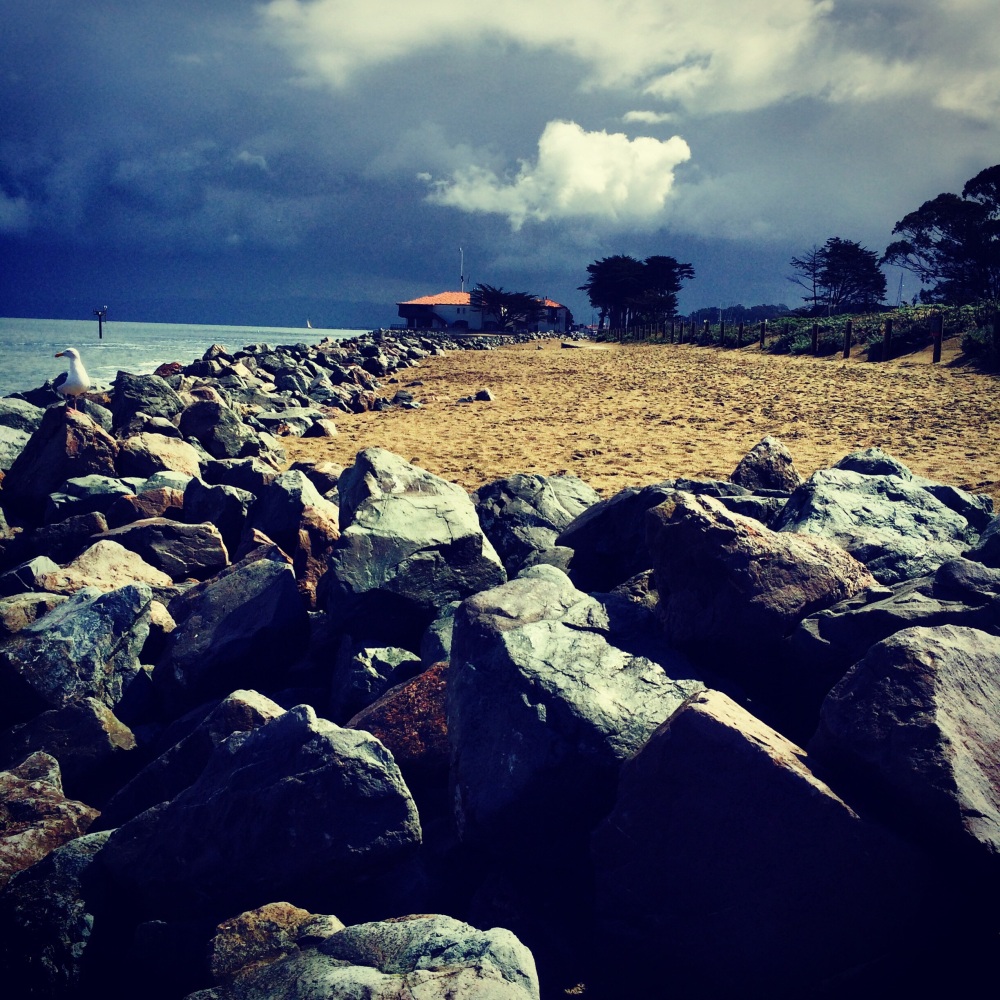