Someone made it halfway down the bag of Doritos before we even pulled out of the driveway.

Hilary had very thoughtfully composed, packed, and sort of hidden our delicious bag of road trip Cornucopia the night before. Rip into that bag of Diabetes before the entire family had settled in to the I-5 Grapevine? Verboten. Unthinkable. Unforgivable.

I say “someone” because I intend to continue my own protestations of innocence for as long as it takes. Why would I have eaten half a bag of Doritos last night? After all, we have here two, far more likely suspects. Both with a long history of smuggled late night junk food.  Bedrooms strewn with crumpled KitKat bar wrappers. Couch cushions stuffed with illicit Popsicle boxes. Exhibit A: Look at these two ne’er-do-wells. Don’t these backseat bandits just reek of guilt? 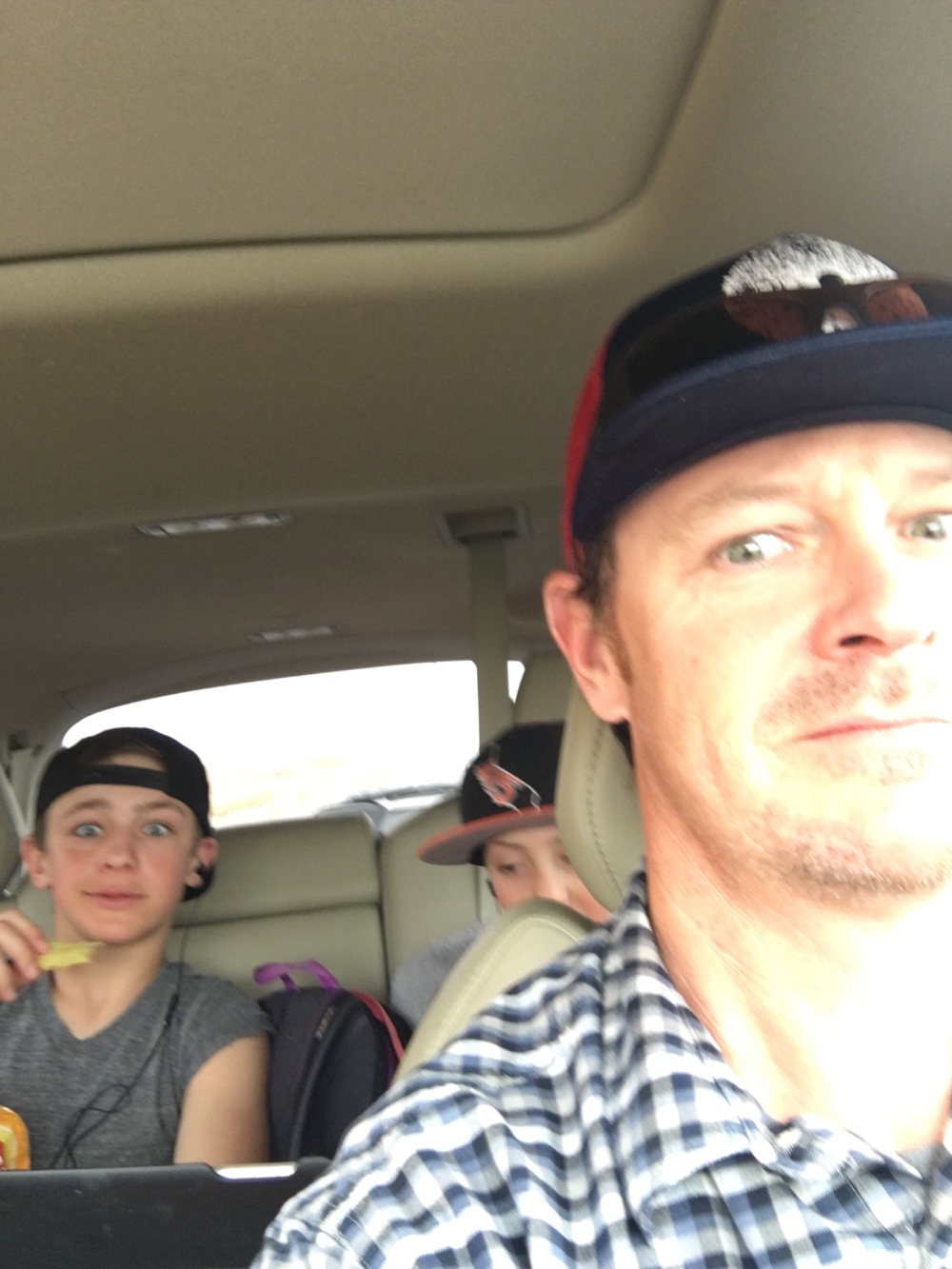 Exhibit B: The younger one, I now have reason to suspect, has been plotting The Great Fake Cheese Snake Heist for four long years. Patiently biding his time. Lying in wait to unleash his evil nature on an unsuspecting Spring Breaking family.

Exhibit C: I give you this shady character here, four years later. Can he really be trusted about anything?

If that isn’t the clearest telltale sign of Doritos thievery — crashed out in the hotel lobby from spiked and crashed blood glucose levels and mainlined Red Number Five — then by God, I don’t know what is.

So the jig was up before we rounded the first corner on our trek to Disneyland. Now, how does one get rid of a steering wheel covered in nacho cheese powder?