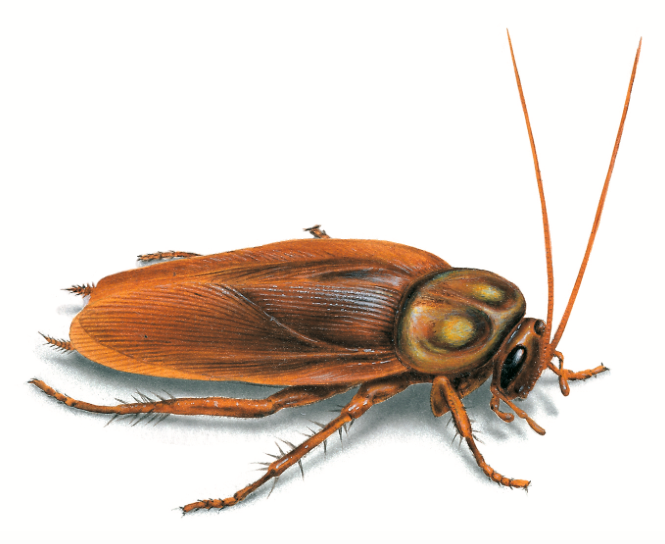 You see, cockroaches have skittered across the earth’s surface for roughly 300 million years.  They have survived cataclysmic global events like mass extinctions and rough election cycles.  No problem. They put mustard on mass extinctions and eat them like ballpark hotdogs.  They also purportedly bump ugly uglies and reproduce at a shocking rate. Thus helping to ensure their own survival by heeding my friend Dave Pell’s post-election call to, um, “reproduce.”

Oh, and here’s a good one: Cockroaches can live for a week with their heads completely detached from their bodies. A week.  Heads.  Detached.  Bodies.  I assure you, this trait will not make the ongoing “Best Super Powers List” my 11 year-old and I have been compiling. Sure, I could smugly introduce it when the topic next presents itself. Could be tonight, in fact.  But I would prefer to postpone his inevitable psychotherapy sessions (and the associated bills) for as long as possible.  I also don’t want to give him a ready answer to the routine doctor’s question,”Have you ever been subjected to any kind of abuse?” I am fairly certain that this would check the box: “Well, there was that one time my dad told me he wished he had the super power to live for a week with his head detached from his body….” Everett’s doctor’s lower jaw and ballpoint pen drop.  I am (justifiably) pronounced unfit.  Supervised visitation at best. Perhaps a stint in an insane asylum of some sort. No, I think I’ll keep this particular superpower to myself.  (But I think you and I can both — secretly, if you will  — agree that being able to detach our heads for a week would come in pretty handy right about now.)

Along these same lines, a cockroach, I’m told, can survive for a month without food.  This would render unnecessary those Silicon Valley billionaires’ extravagantly-outfitted fallout shelters that NPR told me about a couple days back. Cockroach Silicon Valley executives don’t need no stinking food caches. And not to nitpick, by the way, but I think technically a roach can survive for 5 weeks without food, if you factor in that week-without-its-head thing. Any way you do the math here, these insects of the order Blattodea have a leg up on us humans.  Actually, six legs up.  I mean, four legs up, if you subtract our two legs from their six.  Geez, the math gets tricky with one’s head detached and having not eaten for a month.

So you see,  my friends, we have so much to learn from cockroaches.  If only we were willing students. It is highly unlikely, however, that we will sit at a roach’s knee — any of the six of them — and ask for pointers  for surviving a nuclear winter.  This is true because cockroaches are pretty much universally-reviled.  Repugnant. Truly yucky.  I can imagine their little feet clickity-clacking across a linoleum floor — My God, it sounds just like my typing on this MacBook’s keyboard! — and I am instantly repulsed, chin shaking. Our only hope, it seems, is these enlightened people.  Living in harmony with thousands of cockroaches in their home.  I don’t think I’m quite ready for this just yet.  But soon.  Soon.