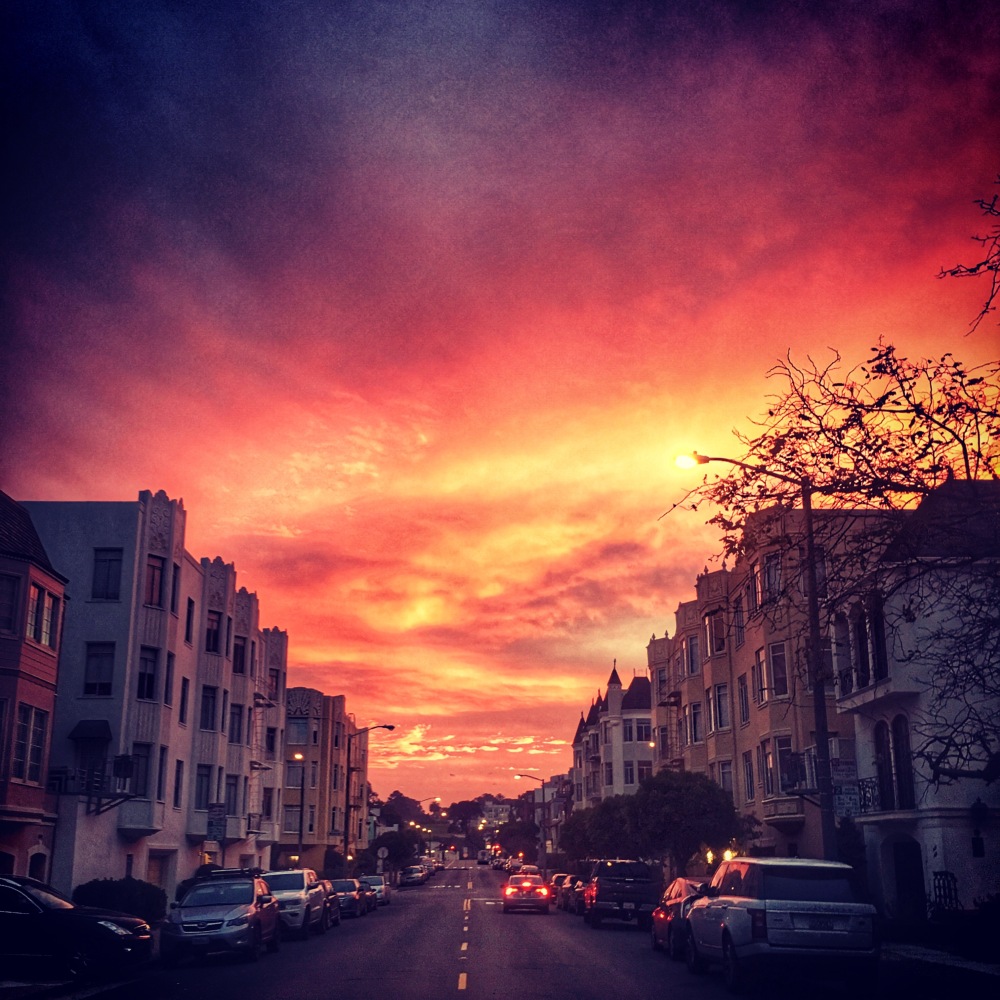 I’ve been awake for fewer than 90 minutes, but I’ve already managed to accomplish a ton, running at a fever pitch. And this is probably not a good thing.

My wife is back east with her family for a few days. So the dog’s 645am whines are directed at my side of the bed. She pulls my arm out of its socket while circling the block, clearly unclear as to who is walking whom. My younger son recognizes my frenzied state, and I find him helpfully “doing his laundry” in the garage. Frankly I’m relieved not to wade across a foot of frothy bubbles on the concrete floor.

I feed the dog. But even the 5 steps across the kitchen floor between her bowl and the 5-gallon food stash requires rigid choreography. En route, with empty food bowl in my hand, Alexa fires up KQED and I fire up the coffee maker. Four heaping scoops of bison meat later, and Wailea takes up her standard position: Hunched over her food with prickly hackles, salivating, and growling at anyone who she suspects has designs on her kibble. This morning, that evidently would be me.

Alas, I don’t have two minutes of “anti-resource-guarding” training to dole out. It’s not in the strapped time budget. So her low growl persists until I burst through my older son’s bedroom door and loudly malign his inability to awaken on a timely basis. He loudly maligns his busted alarm clock. The clock is not busted. It’s actually a feat of modern engineering, more powerful than the NASA IBM computers supporting the lunar landing missions. But I haven’t the time to deliver my “Wow, are you spoiled!” lecture.

My younger son is fully and properly dressed by now, thereby deftly avoiding the “Why the hell are you wearing shorts, it’s winter?!” lecture. But my time-pressured psyche is still jonesing for an outlet. Any opportunity for bombast will do. I find it in Everett’s failure to sprinkle organic blueberries over his bowl of gluten free cereal and organic milk. (I would have settled for any blueberries, organic or no.) I lambast him for his negligence, and point out that he is now inexorably pointed down the path of malnutrition. Feeding tubes are unavoidable. His brittle bones will shatter all over the place. Unphased, Everett responds, “Well, by eating this cereal, I am saving the gorillas. Maybe you’d like to eat a bowl too?” I don’t have time to weigh the relative societal impacts of emaciated 11 year-olds against extinct mountain gorillas. So I back out of the kitchen with pursed lips and a curt nod. Momentarily defeated, but alive to fight another day.

On to the next thing: Locating the mug of coffee I strategically placed…somewhere. I find and grab a half-dozen other ceramic cups scattered all over the house. They are wonderful reminders of little league seasons past, former employers, favorite restaurants, and summer camps. But none of them hold anything close to the drinkable coffee I brewed maybe 5 minutes ago. Normally that would be fine; I’m OK with day old coffee. But I draw the line at the Petri dish state. I find the missing mug minutes later, as I close the garage door. It is hidden in a coiled snake of dog leashes on the work bench where I have never actually done any “work.”

I march Everett — still a little smug in his newfound role as a Jane Goodall disciple — up the block to his bus stop. As I spy Ev stretch for the bus’ first step, I spin on my heels and racewalk back home. On to the next thing.

Minutes later, somehow, I manage to deliver my eldest to his school’s front door without triggering another check in the shameful “tardy” box. Nevermind that he jumps into his chariot barefoot, subjecting his irritated driver to the spectacle of putting his socks and shoes on during the trip. Don’t ask me why, but this routine drives me mad. I think Max is well aware. Everett has Harambe. Max’s show of civil disobedience involves counterfeit Yeezies and mismatched stockings.

In any event, and already feeling exhausted by 8am, I plop down in my favorite stained Starbucks chair. While considering which verboten household items my dog is currently chewing to bits at home, I begin a mad dash through my Twitter and Facebook feeds. Flying through The New York Times and San Francisco Chronicle apps. Breathless and cotton-mouthed now, in my bubbling outrage at overnight events. My Fitbit disapprovingly points out that my heart rate is in the “fat burning range,” as if I were exercising somewhat strenuously. But since I’m merely sitting here cross-legged, contemplating another Cuban Missile Crisis, this data suggests instead that my aorta will shred and explode in my chest at any moment.

And this is when Frank Sinatra steps to the mic, clears his throat, and grabs my attention. Fortunately for me, someone at Starbucks HQ added “I’ve Got You Under My Skin” to this morning’s in-store playlist. My rapid breathing slows immediately. I feel a wave of welcome calm wash over me. I slow down. And I write.