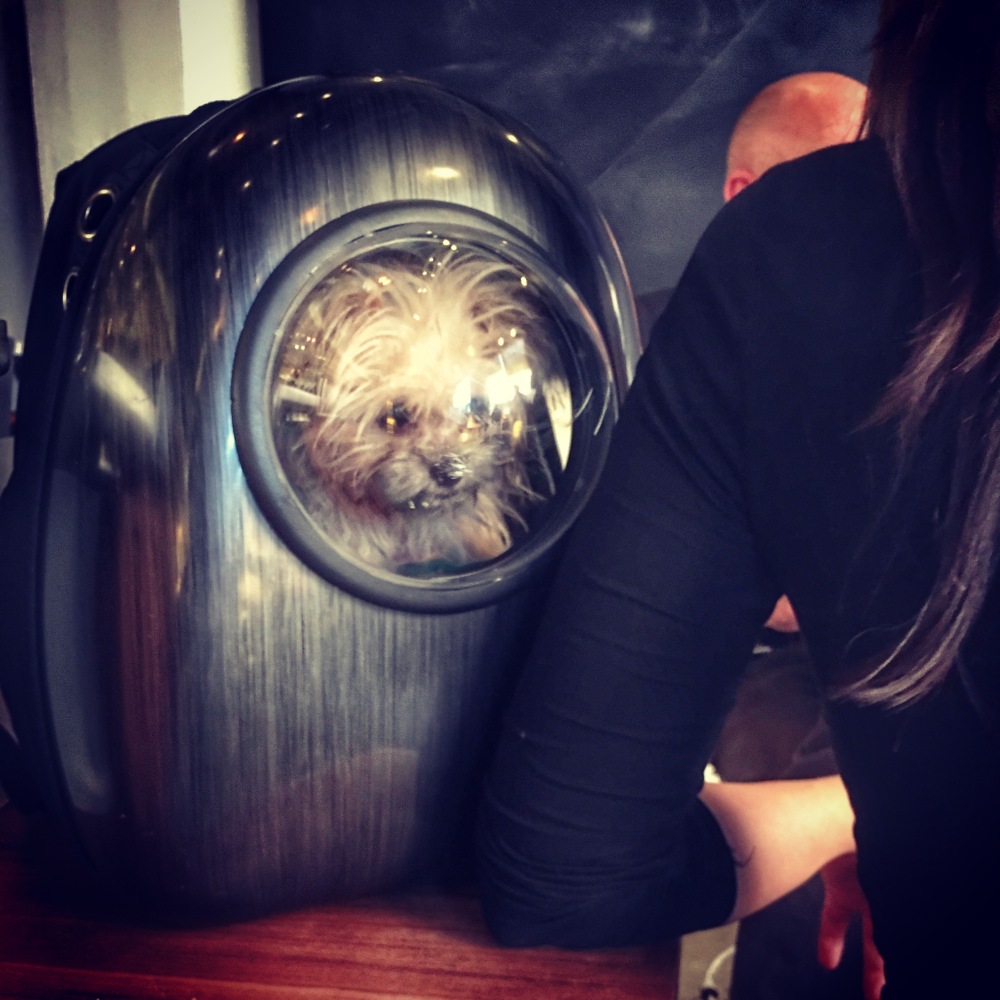 The Russians are among us.  I’m sure of it.  We are overrun.  It’s too late.  That Russian spy ship lurking off the East Coast? A harbinger of things to come.  Things that already have come, actually.  Because like I say, comrade, they are everywhere. How do I know this to be true?

Last night before dinner, I had some time to kill during my 5th grader’s piano lesson.  I walked across the busy parking lot to a nearby bar.  Figured I’d enjoy a nice hoppy beer while Everett was honing his “Old MacDonald.” Instead, I unwittingly stumbled into a clandestine meeting of the Soviet Union Cold War Cosmonauts.

There is no other logical explanation as to the identity of this gathering.  The non-human cosmonaut was a dead giveaway.  And by that I don’t mean a door prize that was once living and now expired.  (Though I can see how one might jump to that particular interpretation.)  The photographed cosmonaut ensconced in his space capsule does not give off much vibrancy, that’s true.  More taxidermy, to be sure.  Nevertheless, I can testify that the spaceman was, in point of fact, very much alive.

This is an amazing revelation, admittedly.  The spaceship does not look, ehm, space-worthy.  How the USSR could launch this pioneering pooch more than 1,200 miles into orbit at 17,600 miles per hour is beyond me. Could this vessel possibly have withstood the furious 5200-degrees fahrenheit heat blast upon reentering earth’s orbit?  And how has this furry cosmonaut managed to look so good, despite the fact that his space mission took place in the 1950s?  The eyes were a bit clouded by cataracts, but not even a hint of mange. Remarkable.

Alas, I have no answers to these questions. Rather, I sat eyeball-to-eyeball with the enemy for 20 terrifying, unblinking minutes. I finished my IPA in silence, then casually signed the bill (though not using my real signature).  And deftly clambered out the bathroom window to escape a lengthy stint at Camp Gulag.

I am lucky to have survived the encounter.  The next time may not end so well. The Russians are among us, my friends.  Consider yourselves warned.